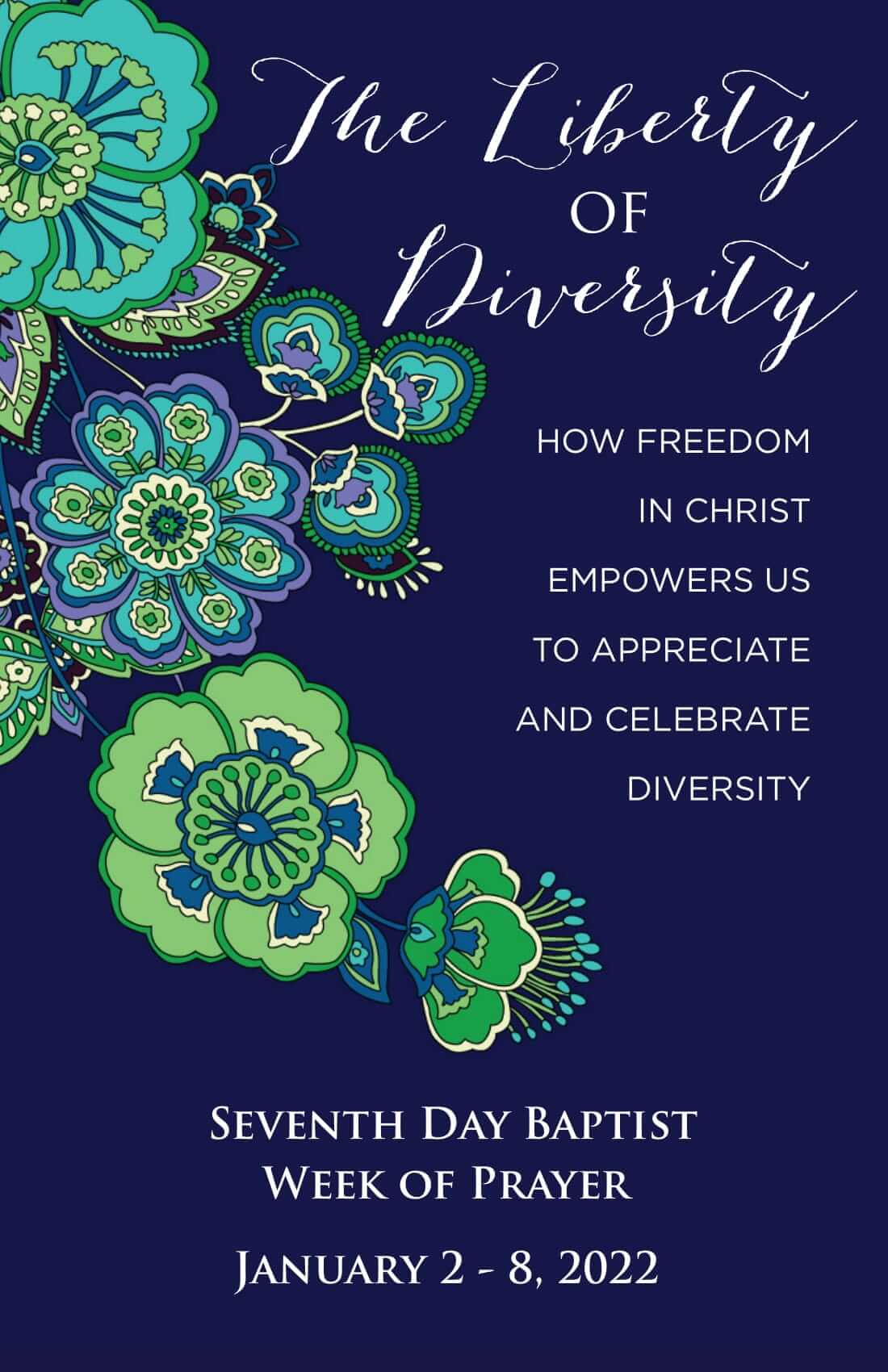 During the first full week of January since 1967, Seventh Day Baptists around the world have united in prayer by sharing in meditations centered on a theme chosen by the author of the SDB Week of Prayer booklet. This year, for the first time, there is a general author, who has coordinated the writings of seven other authors from seven regions of the world, to complete the booklet. This new format has been employed as one of the practical ways to demonstrate the emphasis of diversity as articulated in this year’s theme. The theme is, “The Liberty Of Diversity,” with a sub-theme of, “How Freedom In Christ Empowers Us To Appreciate and Celebrate Diversity,” and the book of Galatians is being used to provide the biblical basis for the week’s meditations. The general author is Andrew Samuels, General Secretary of the SDB World Federation. The other authors will be introduced with each day’s meditation.

We are encouraging prayers each day of the week for all countries of the world where Seventh Day Baptists exist; not just the countries which are members of the World Federation. For the first time this year as well, the participants are being referred to the World Federation website where some basic information is provided about the churches in each country.

The Apostle Paul was born and educated in an ancient, traditional and very closed culture. The Jewish worldview was that the chosen people could not mingle with other peoples, nor could they create family ties. Moreover, the prospect that the Messiah would come from the people of Israel, and exclusively to the people of Israel, created a separatist and prejudiced mentality toward the gentiles. Even though they were under the yoke of a gentile empire, the Jews’ point of view was that the people of Israel were spiritually and culturally superior. In summary, this was the culture and “bubble” in which the Apostle Paul was educated.

People are educated in different family and social cultures. Each culture, including one’s religious beliefs, has its concepts and worldview. Likewise, there are also prejudices. People are subject to these prejudices, many times learned from childhood. Religious, ethnic (racial) and gender prejudices are the most common and those that promote greater problems of discrimination.

It was no different for the Apostle and the culture in which he lived. However, the apostle was changed radically. Paul experienced this and recounts it in his letters. How can behaviors learned and lived since childhood, be changed in such a radical way? What can change the way you think, feel and see others? The change bringing redemption and union with Christ freed the apostle Paul from prejudice and gave him the purpose, and mission, of bringing the liberating message to people he once considered unclean and unworthy.

Everyone who is part of the Church today, is also immersed in a society where diversity is the hallmark. There is religious, ethnic, ideological diversity, etc. In such a context, the challenges in spreading the Gospel are great and many. In many ways, we try to create barriers to coexistence and dialogue.

One of the barriers is prejudice, which occurs both in the sense of the Christian for the non-Christian and in the opposite direction. Another obstacle is the fact that the concept of tolerance of diversity harbors ideologies and concepts that directly confront Christian principles and values, such as: defense of abortion, sexual libertinism, gender ideology, defense of euthanasia, racial supremacy, etc.

Like the Apostle Paul, we must be ready to spread the Gospel with love, acceptance, understanding, empathy, and without prejudice, yet without being complacent or condescending to the concepts, behaviors, and thoughts that are consistent with the Word of God. Redemption and union with Christ are liberating and sanctifying at the same time.

2016 Week of Prayer - The kingdom of God is like…
Week of Prayer Booklet
Since 1967, Seventh Day Baptists around the world have been praying together...

History
About Us
CoWoCo Meets - 1964Consultation of World Conferences CoWoCo Delegates (above...

2021 Week of Prayer - It’s A Great...
Week of Prayer Booklet
During the first full week of January since 1967, Seventh Day Baptists around...