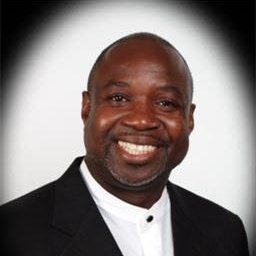 Pastor Andrew Samuels has been serving as the Pastor of the Miami Seventh Day Baptist Church in Florida in the United States since June, 1988. Born on the island of Jamaica in the Caribbean, he grew up as a third-generation Seventh Day Baptist and migrated to the United States when he was 20 years old. He made his first public profession of faith at age 11 and was baptized a few months later at his home church, Mountain View SDB.

His very first personal experience with the Seventh Day Baptist World Federation was in 1986 when the Sessions were held in Rhode Island in the United States. He was living then in New York City and working as part of the diplomatic delegation of the Permanent Mission of Jamaica to the United Nations. He remembers being asked by then World Federation Executive Secretary, Pastor Dale Thorngate, to obtain flags for each of the countries represented by the World Federation membership. He was able to borrow a flag from each country’s Mission located in New York City and that enhanced a beautiful parade of flags at both World Federation and the USA and Canada General Conference in Massachusetts that year.

He also attended the World Federation Sessions in 1997 as an Observer, in his native land of Jamaica. Three years prior to that, his local Church in Miami, seized the opportunity to nurture a Church in Haiti which had recently decided to become Seventh Day Baptist. Since then, he has made about 10 trips to that country as a natural outcome of the establishment of that relationship. In 2003, he regards it as an absolute privilege to travel to Brazil for the World Federation Sessions there, and his passion to become a world-class Seventh Day Baptist was greatly enriched. At that World Federation Session, he was elected as Vice-President for North America. He was re-elected to that office in 2008, the year when he also served as President for the Seventh Day Baptist General Conference of USA and Canada. In addition to 25 years of pastoring the Miami SDB Church, he has done a short-term Pastorate at the Mill Yard SDB Church in London, England, as well as pastoring SDB Churches in New York City, New York and Fort Lauderdale, Florida.

Pastor Andy’s desire to fulfill the Great Commission has led him to engage in mission trips to Malawi, Brazil, Haiti, England, and Jamaica. He lists his primary spiritual gifts as Leadership, Teaching, and Shepherding, with a secondary gift of Evangelism.

He believes that his international experience at the United Nations community in New York City, his relationships with the SDB Churches in the United States & Canada, England, Brazil, Malawi, Jamaica, and Haiti, plus his attendance at the past three consecutive Sessions of the SDB World Federation, have prepared him well to serve as General Secretary for this fraternal organization of God’s people called Seventh Day Baptists. He aims to play his role in helping the Federation to achieve among member Conferences, its vision of quality communication services, meaningful fellowship, the coordination of mutual endeavors, and the promotion of the Gospel of Jesus Christ.

Pastor Samuels has a Bachelor’s degree from Miami Christian College, and has done graduate studies at Knox Theological Seminary. He is also a graduate of the SDB TIME Program, and has served as an Instructor at both the Florida Leadership Training Institute and the South Atlantic Leadership Training (SALT) Institute, ministries of the South Atlantic Association of Seventh Day Baptist Churches in the United States of America. He was the author of the 2007 World-Federation sponsored SDB Week Of Prayer booklet, and has also authored one book, “From The Foundation To The Pinnacle”, which is a chronicling of three decades of history of the Miami Seventh Day Baptist Church (1981-2011).

He has been married to Kay, an Educator, for 30 years, and they have two daughters, a son-in-law, and two grandchildren. Pastor Andy Samuels also serves as the Chief Executive Director of the Seventh Day Baptist Missionary Society.